Link
[/url] 'Bonanza' is a word you just don't hear enough. It's fantastic. Really rolls off the tongue. Its actual meaning is more tied to wealth than its modern use perhaps suggests, having originated from surprise ore discoveries when mining (which is somewhat fitting). It's also the name of nine US towns, a 1999 album from reggae artist Michael Rose and an old American western TV series!

However, undoubtedly its most fitting use to date is to describe the wealth of Achievement-related riches that arrive in RuneScape today. A bonanza indeed! An Achievement Bonanza, one might say. 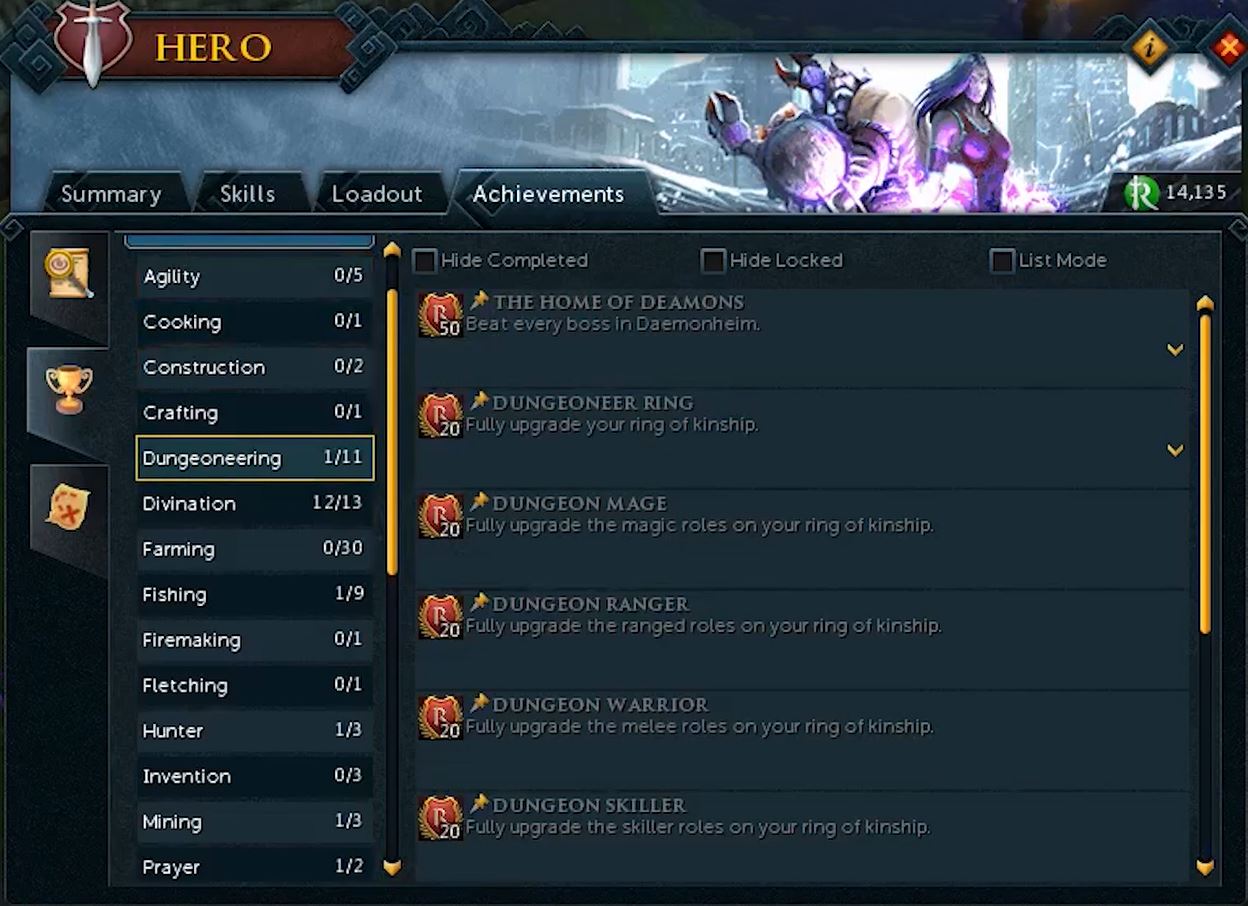 Things are about to heat up on the RuneScore HiScore tables.

A while back, we asked you for your ideas for achievements you'd like to see in the game. We were hoping to put together 100 or so, but we've actually ended up with over 130, spread across a wide assortment of skills. Well over half of these are based off your suggestions, so thanks ever so much to everyone who helped deluge us with so many wonderful ideas.

If you've been watching our livestreams, you must know that it's a great opportunity to grab some awesome in-game prizes. And for November, we're bringing back 'Thankful' prizes that many of you have been asking for - past Thanksgiving Event rewards! That's right, you might have missed the opportunity to celebrate one of the most delicious American holidays in RuneScape over the last years, so now's the time to get a bite at that turkey. Rewards unlocked include:
That's not all! As you may have already noticed, Postie Pete is back. And he has prepared a special LootScape surprise for those of you who follow our streams: an extra Parcel from the Hedge (awarded to non-ironmen players).

Exciting isn't it?! So don't wait up, connect your RS account to your Twitch account and find out more about it here. Once that's done, have fun and watch our streams during the day for a guaranteed drop.

Each week, we host developers QAs, exclusive in-game first looks and more. And it's all live on our Twitch channel, join us!

Missed a stream? Don't worry, we keep them all on our YouTube channel. So be sure to Subscribe to it!

November is upon us and you know what it means: Mining & Smithing Beta! Join us for a stream where we'll address the full rework and more. As always, we will be taking questions from the chat, so make sure you tune in at the right time.

Watch live on Twitch - be sure not to miss it!

LootScape will be enabled (see all details above).

Join our resident PvM expert Mod Lee with another mass this Sunday, live on Twitch!

LootScape will be enabled (see all details above).

Of course, adventures continue in Gielinor! Our PMods organize a range of PvM Boss Masses, Events and Q&As each week. Check out all the community events organised by the Pink Skirts on their official schedule here